And the most colourful season for a visit is autumn, when Tenterfield’s northern hemisphere trees – the ashes, elms, oaks, cottonwoods, planes and poplars that helped make it look like “New England” – blaze red, orange and yellow against the green of pines. The most vivid showing is two weeks either side of Anzac Day and arriving from the east (Casino way), I drive through a colonnade of bronze pin oaks. 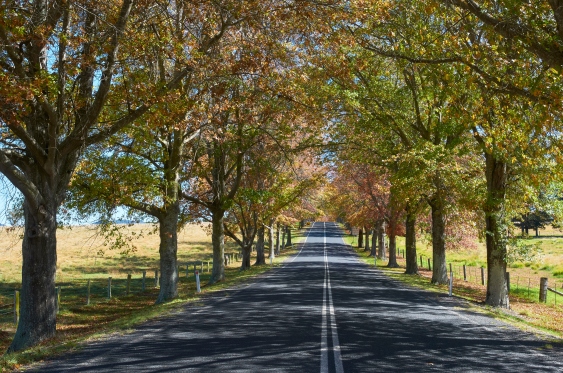 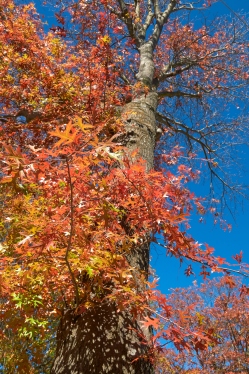 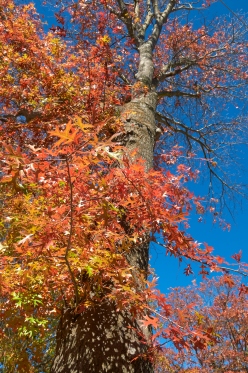 Straddling the New England Highway 18km short of the Queensland border, Tenterfield began life the same way that many country New South Wales towns did, as a sheep run. Scotland-born speculator and squatter Robert Ramsey Mackenzie was granted the first official grazing licence in the area in about 1840 and businessman Stuart Alexander Donaldson ran 18,000 sheep on it when he took over the run in 1844. Donaldson is popularly believed to have named the station after a family property in Scotland.

Mackenzie was later appointed Queensland’s first colonial treasurer, despite earlier bankruptcy, and became its second premier. Donaldson became the first premier of New South Wales, but not before he participated in Australia’s last formal pistol duel, with Surveyor-General Sir Thomas Mitchell. Neither were injured by the shots fired, which suggests lousy gunmanship, lack of commitment, good luck or a combination of all three.

Far less fortunate was Harry “Breaker” Morant, who was executed by firing squad in South Africa after being court martialled and found guilty of murder during the Boer War. Morant’s defence was mounted by J.F. Thomas, a Tenterfield solicitor who owned the Tenterfield Star newspaper for 16 years; the newspaper is still published.

And the list of historic celebrities associated with Tenterfield lengthens with the addition of a friend of Morant’s who was also a fellow contributor of verse to The Bulletin in the 1890s (Morant wrote under the pen name “The Breaker”). Andrew Barton Paterson, better known by his pen-name “The Banjo”, married Miss Alice Walker, of Tenterfield Station, in the town’s Presbyterian church in 1903.

While many Australians could name, if not recite, some of Banjo Paterson’s bush ballads, few could quote from the speech Sir Henry Parkes gave in the Tenterfield School of Arts in 1889, despite its import. Commonly called his “Birth of a Nation” speech, the five-times New South Wales Premier and past local member’s Tenterfield Oration is credited with leading to the Federation of Australia in 1901.

“The great question which we have to consider is whether the time has not now arisen for the creation on this Australian continent of an Australian government and an Australian parliament,” Parkes said. “… surely what the Americans have done by war, Australians can bring about in peace.”  Henry Parkes

The decorative, red-brick School of Arts (1876), which fronts Tenterfield’s main street, now houses a library, cinema/theatre and the Sir Henry Parkes Memorial Museum, which explores Parkes’ ideas and how the Australian Constitution and Commonwealth Parliamentary system of government work.

Fuelled by a bakery pie and armed with a “Walk Through Historic Tenterfield” pamphlet from the visitor information centre, a block south of the School of Arts, I amble past some of the town’s wonderful historic buildings. There’re the multi-arched post office (1881) and Art Deco-style Commercial Hotel (1940); the Old Tenterfield Star building (1913) and a pair of 1880s terrace houses, uncommon outside cities and the only ones in Tenterfield.

Just off the modern-day main street, in High Street (the old major thoroughfare), is the Tenterfield Saddlery. Built of hand-cut local granite as a residence in 1870, on land originally purchased by Stuart Donaldson, this simple, single storey building has housed five saddlers.

George Woolnough, who ran the shop from 1908 to 1960, plying his trade while listening to the conversations of friends who gathered there, Banjo Paterson among them, became known to the world through George’s Tenterfield-born grandson Peter Woolnough, better known as Peter Allen. Allen’s song “Tenterfield Saddler” hints at a story that begs more investigation, about a saddler, his war-damaged son and world-travelling grandson.

Now a museum and shop, selling leather goods, the historic saddlery is usually open Thursdays to Sundays but it is run by volunteers. So if you’re planning a pilgrimage to the shop it’s worth phoning to avoid disappointment (02 67361478).

The decidedly grander Stannum House overlooks Tenterfield from the town’s highest point, two blocks south of the information centre. Built in 1888 for mining magnate John Holmes Reid – Stannum is Latin for tin – this Italianate mansion was the centre of Tenterfield society and welcomed Henry Parkes, Banjo Paterson and Dame Nellie Melba, among others, through its four-panelled front door into the arched vestibule.

The beautifully restored house now operates as a B&B but the owners offer guided tours, by appointment. The ground floor morning room, drawing room and formal dining room are filled with antiques and curios but the tour highlight is the staircase spiralling between the second and third floors. This masterpiece was built of Australian cedar in Belfast by the company that fitted out the Titanic. 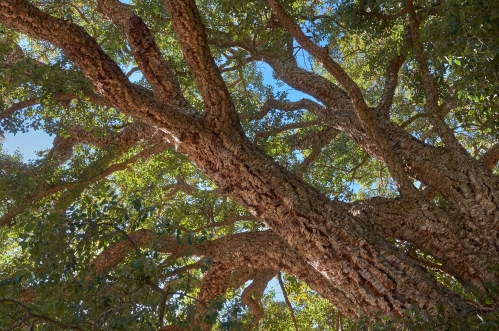 About 2km north of Stannum House, back through the town centre, a huge cork tree spreads its limbs wide over a house block. Brought from England in a jam tin in 1861, it is believed to be the largest cork trees in Australia.

In English folklore the cork tree, or wishing tree, is attributed with strange powers to bring good luck to those who observe rituals dating back to the Great Plague of London in 1665. Protective fencing prevents me walking around the tree the required three times, but I recite the following anyway:

Fortune favours those who see

More in me than just a tree

Look at my cork

Before my girth for all to see.

The cork tree is a stopover on a short, loop drive to Tenterfield railway station, on the town’s western perimeter. Officially named “The Great Northern Terminus” and described as “one of the most extensive and handsome buildings on the Northern Line”, the station opened three years before Parkes gave his provocative speech and farewelled its last scheduled passenger train 99 years after his oration. It’s now a railway museum: a treasure trove of memorabilia and rolling stock that side tracks railway buffs of all ages. I spend an hour checking out lamps and photographs, rusty tracks and gleaming steam engines.

Continuing west, and out of town, I stop to stroll around the cemetery, with its lichen rosette headstones, before driving on to Mt Mackenzie Lookout (1298m). 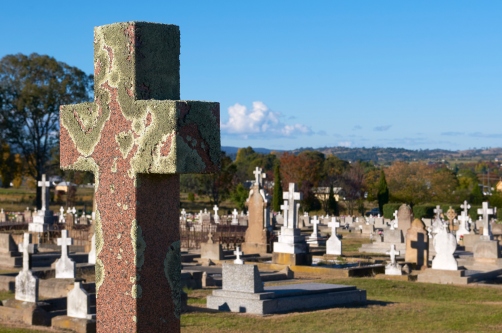 One of ten points of interest on the 38km Mt Mackenzie Drive through the rocky country west of Tenterfield, the lookout offers a sweeping view over Tenterfield and its surrounds. To the north are the Granite Belt national parks of Bald Rock and my next destination, Girraween National Park (just over the border in southern Queensland).

Gentleman bushranger Captain Thunderbolt (Frederick Ward) spent time in this region during his seven-year crime spree across northern NSW. One of his hideouts is 12km and a 300m walk north of the town but this lookout seems as likely a place as any to watch goings on. It’s certainly a perfect spot to watch the sun set on an autumn-hued Tenterfield.

To book accommodation or a tour of Stannum House, go to www.stannumhouse.com.au or phone 02 67365538.