People bushwalk – hike, tramp, ramble, trek – for different reasons and in different ways. The ten Brisbane mums I met walking the three-day Six Foot Track with Blue Mountains-based company Life’s An Adventure were on their eighth annual escape from their families. 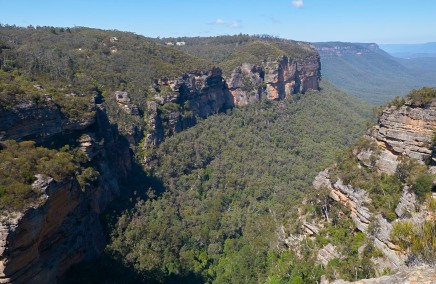 Members of a thirteen-strong walking group – it’s got a waiting list! – the women live in the suburb surrounding one of Brisbane’s oldest primary schools. Four of them have known each other since childhood; the rest met at the school gate, on tuck shop roster and holding timepieces at swimming carnivals. Aged from 52 to 59, with one 46-year old youngster, they have thirty-seven children between them, all but three of whom attended the historic primary school. 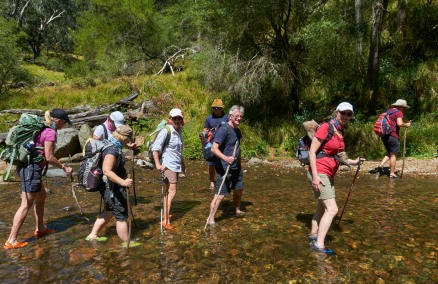 When the ten women I met on the Six Foot Track first came up with the idea of a walking holiday, over a brie stuffed with cranberries and a glass of NZ sav blanc, it wasn’t really about the hiking. “It was about escaping our humdrum suburban routines and replacing it with adventure,” spokeswoman Nicola explains. “It wasn’t until we had done our first hike – Queen Charlotte Sound in New Zealand [in 2008] – that we understood what a multi-day hike really was.”

Since then they have done eight guided and self-guided walks in New Zealand (The Routeburn Track was one of Nicola’s favourites) and Tasmania, and on the Great Ocean Walk in Victoria, with a core group of six doing every one. 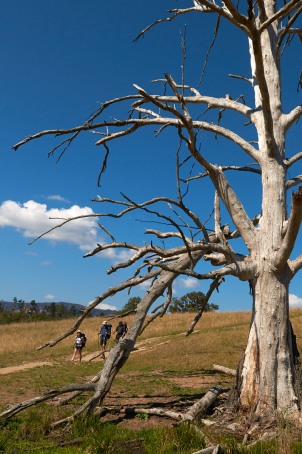 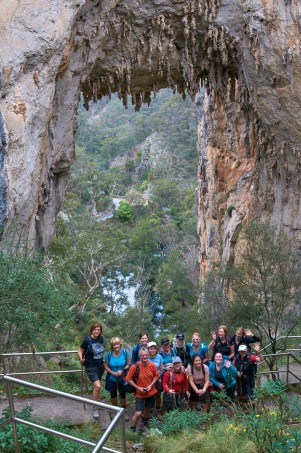 None were bushwalkers before their first trip but their number includes regular cyclists, boot camp attendees and masters hockey players, so they are not unused to exercise. “We are okay with training before the walk,” Nicola says. “However none of us wants to carry a pack of greater than 7.5kg… We wouldn’t take on Kokoda. We wouldn’t do a walk that didn’t have someone else prepare our dinner; we are all mums who have to cook every night so not cooking is one of the joys.” 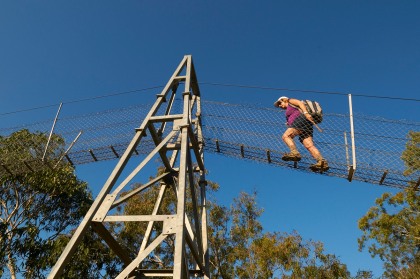 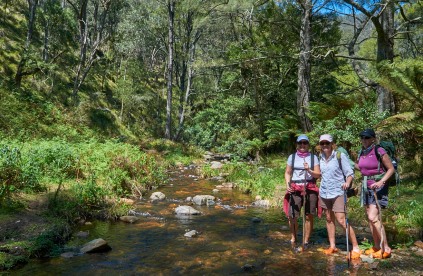 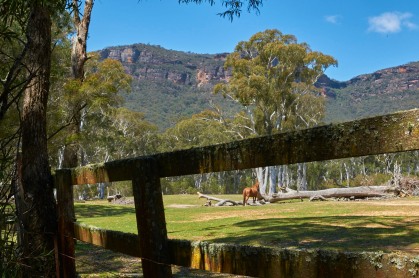 Cut as a bridal trail in 1884 to shorten travel time between Sydney and the Jenolan Caves, the Six Foot Track – it was made wide enough for two loaded drays to pass – was officially reopened as a walking track a century later. It starts and ends with a bang, dropping from a cliff-edge view of the Megalong Valley down rock and timber steps into lush fern forest tucked between undercut sandstone that frames a slice of blue sky, and finishing among Jenolan’s jagged external limestone cliffs and exquisite cave decorations. Yet the Six Foot Track is more about history than scenery, with a long, uninspiring day-two climb up a gravel road, and Nicola doesn’t rate the walk highly against others they have done. 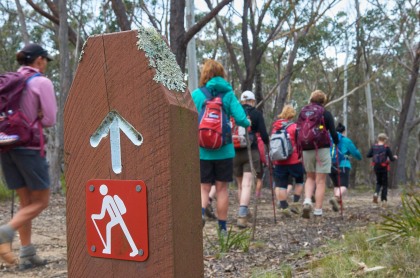 But Life’s An Adventure, the company with whom they’ve also walked on Maria Island, impresses. (It offers 17 walking holidays across Australia, including a fabulous two-day guided walk into the Wolgan Valley, west of the Blue Mountains.) “The girls in the office are always super helpful… and they get some mad requests from us,” Nicola says. “We pay in dribs and drabs and bother them with queries about pillows and sleeping bags and taking bottles of wine and then we harass them to chill it for us in the evening!” 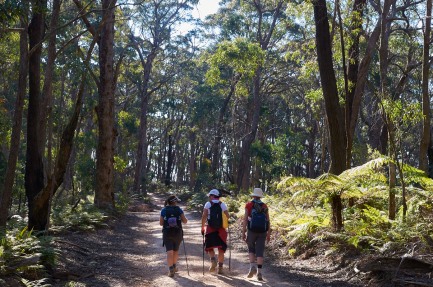 There are no better walking companions than those who have their priorities worked out and when the Brisbane Mums headed down to Coxs River for pre-dinner drinks and a dip at the end of day one, glasses and champagne bottle in hand, I willingly followed them slightly astray.